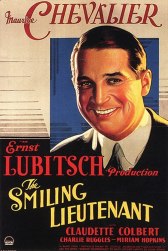 Nominees & Winner of 1931/32 (the award for Outstanding Production):

Grand Hotel had been pegged by most critics as the one to beat and it lived up to that, surprising no one when it won Best Picture (or Outstanding Production, as the award was called at the time).

William Goldman, Academy Award winning screenwriter of Butch Cassidy and the Sundance Kid (1969) and All the President’s Men (1976), is born on August 12, 1931.

Star and director of 1967’s Best Picture winner The Graduate, Anne Bancroft and Mike Nichols, are born in September and November of 1931, respectively. Each would also earn Academy Awards on their own (Bancrofr for Best Actress in The Miracle Workerand Nichols for Best Director of The Graduate).

Activist and reformer Jane Addams is the first woman to be honored with the Nobel Peace Prize, on December 10, 1931, for her efforts and accomplishments in social reform, women’s suffrage, and world peace.

Aviator Charles Lindbergh’s baby son, Charles Lindbergh Jr., is kidnapped from his crib in the family’s home on March 1, 1932. He was found deceased a couple months later and the arrest and trial of a suspect would be named “The Trial of the Century.”

George Eastman, founder of Eastman Kodak, kills himself on March 14, 1932 after suffering from a painful illness. His contribution of roll film in photography led to the development of motion picture roll film which was used by some of the first film companies.

Florenz Ziegfeld Jr., legendary Broadway showman, dies on July 22, 1932. A 1936 biopic about him, The Great Ziegfeld, would go on to win that year’s Academy Award for Best Picture.

The fifth Academy Awards ceremony took place in the Fiesta Room of the Ambassador Hotel on Friday, November 8, 1932. The nominees were from films released between August 1, 1931 and July 31, 1932 and were voted on by 850 Academy members. 1,500 film people were in attendance.

Actor Lionel Barrymore had been excused as official Master of Ceremonies due to illness, but did still present the awards. Before announcing each winner, Barrymore paused and a snippet of dialogue from the winning picture was played over the loudspeakers. Actor Conrad Nagel, the Academy’s new president, was Master of Ceremonies and gave an inaugural address which included a special award to Walt Disney for his creation of Mickey Mouse. The Mickey Mouse cartoons were recognized as a huge selling point (monetarily and psychologically) for viewers and ensured their continued attendance at the movies, despite the financial hardships the country was facing due to the Great Depression. Nagel as president tried to cut down on lengthy speeches this ceremony and focused more on entertainment, including some comedy by Laurel and Hardy and Groucho Marx.

Four nominees for the 5thAcademy Awards were winners in previous years: Best Actress nominee forEmma, Marie Dressler, won the year before for Min and Bill; Karl Strauss was nominated for cinematography for Dr. Jekyl and Mr. Hyde after being the first to win the award (with co-photographer Charles Rosher) forSunrise. Neither would win this time. However, Frank Borzage and Frances Marion would win their second awards (best directing for Bad Girland previouslySeventh Heavenand best writing for The Champand previously The Big House, respectively). At the time, 34 year old Frank Borzage was known not only for his incredible directorial work, but also for being one of the youngest directors in the business. Borzage was so surprised when announced the winner that he dropped his ginger ale in his wife’s lap.

In the most controversial move of the ceremony, Fredric March (for Dr. Jekyll and Mr. Hyde) actually earned one more vote than Wallace Beery (for The Champ) for the Best Actor award, but per the Academy rules of the time declaring the win must be by 2 or more votes, it was considered a tie and both would win the Oscar. Another gold statue was ordered for Beery and he accepted stating, “I haven’t been so thrilled since I got my first pair of patent leather shoes.” [1] 1931 and 1932 were a high point in Wallace Beery’s career. In addition to his Oscar win, he was also named the #6 money making star of 1931 and #7 in 1932 (in the annual poll run in Quigley’s Motion Picture Herald and The Motion Picture Almanac).

For me, it was really a battle between Grand Hotel and Five Star Final for first place. Grand Hotel got the edge simply for the production value and set design. Both films matched each other when it came to performances. Arrowsmith and One Hour with You were neck and neck for last, though One Hour with You’s smarmy tone deaf ickiness vs. Arrowsmith’s yawn inducing chauvinism gave the former the slight edge for last place.

Just here soaking up Spring. It’s amazing how much a sunny day, a cool breeze, and some fragrant flowers can brighten your day.
When your outfit matches the book you’re reading. #Winning
(Ideally) How I Saturday: Enjoying an iced espresso & a good book in the sunshine.
My 5 year old & I had a “hanging out with the cherry blossoms” photo shoot the other day. The blossoms were too high up to pose with so we posed with the scattered petals Instead. Yes, that is mud ALL over my feet. I set up these shots & she pressed the button (a very important job indeed).
Strawberry flip 🍓
👋 Hi Insta pals! Let’s get to know each other!

not your standard pink-haired scientist loving everything vintage & kitties

This hobby blog is dedicated to movie nerdom, nostalgia, and the occasional escape. In the late 90s, I worked at Blockbuster Video where they let me take home two free movies a day. I caught up on the classics and wrote movie reviews for Denver 'burbs newspapers and magazines. Today, I continue to revisit the old and discover the new on the screen. Comments and dialogue are highly encouraged. This year, I'm excited to collaborate with other writers via SLICETHELIFE, in which we will share our movie genre favorites in our 2021 Movie Draft!