In the earliest days of feature films, actors didn’t even have names…at least not ones known to their audiences. Studio heads worried that if actors were named they would request more money so for the first decade, actors went un-billed and their identities were not released to the press. As silent films grew longer and became more of an art form with developed plots that required acting talent, actors gained more importance. Those who appeared often in films became instantly recognizable by face to the point where movie-goers felt that they knew them personally and began demanding to know the identities of the Vitagraph/Biograph Girl (Florence Lawrence) and the Girl With the Curls (Mary Pickford). Eventually studios could not ignore this request and made it a practice to give their actors on-screen billing. Something as simple as a name allowed actors to create a public identity, differentiate themselves from their fellow actors, be talked about and written about. The act of naming actors became the first step in creating movie stars, people who had the power to influence others in fashion trends, politics, and even what they named their children.

When looking at baby name trends documented by the Social Security Administration, it’s easy to see a relationship between the popularity of certain actors of the day and the rise (and fall) of the popularity of their first name throughout the country. This list reflects data collected from Social Security card applications for births that occurred in the United States for every year since 1900 and ranks them by popularity into a Top 1000. I have always been interested in names and name trends to the point where I check in with this list every now and then “just for fun” and wait eagerly for the previous year’s most popular names to be released. I have found a few things to be true:

When it comes to old Hollywood, there wasn’t as much variety in first names as there are today (i.e.: there were a lot of Marys, Joans, and Johns), so when a unique name comes along it’s easier to spot a trend and, while it’s true that correlation is not the same as causation, some of these trends are too uncanny to ignore. 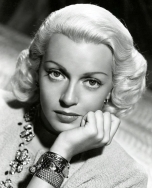 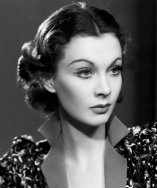 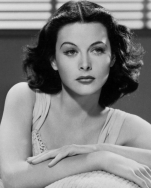 Lana Turner bounced (literally- she wasn’t known as the Sweater Girl by accident!) into Hollywood in mid-1937 in the aptly named film They Won’t Forget. Though she only appeared for a few minutes onscreen, her voluptuous beauty was impossible to ignore and she captivated audiences instantly. Is it a coincidence then that the name Lana, which didn’t even make the Social Security’s Top 1000 Most Popular Name list in 1938, suddenly wiggled it’s way to the #732 slot in 1939 then made a massive jump to #306 in 1940? I think not.

Hedy Lamarr, brought to MGM and America after becoming a screen sensation in Europe for the racy Ekstase, stunned American audiences as she emerged from the shadows in Algiers and they got the first glimpse of her unnaturally gorgeous face. The name Hedy, not even in the Top 1000 in 1938, broke through in 1939, a year after Algiers, and remained in the 600-900 slots though 1947. This run mimicked Hedy’s own; 1939-1944 being her most prominent years in Hollywood. After that she made only about one film a year before fading from the public completely, much like her name did, never again appearing in the Top 1000 names list after 1947.

Fledgling actress Ginger Rogers was named one of the Wampas Baby Stars of 1932 and in 1933 her career was really off and running. So was her name, jumping into the Top 1000 that year in the #859 slot. In 1935, she and dance partner Fred Astaire made the Top Ten Money Making Stars Poll (the results were based on a questionnaire sent to movie exhibitors every year), which in part reflected popularity among movie-goers. Her name also jumped that year to the #595 slot. It continued to rise and remain relevant until dropping drastically and disappearing from the Top 1000 in the 1980s (#315 in 1979 to #998 in 1989), following Ginger Rogers’ own career path (she would make her final onscreen acting appearance in 1987).

Marlene Dietrich became an international star in 1930 for her portrayal as the sexy Lola Lola in The Blue Angel. That same year, her name jumped from the #605 slot to the #388 then took another massive jump in 1931 to #95.

The name Shirley had been popular since 1900 and really didn’t dip out of the 300s until the 1980s. However, it’s most popular years were 1935 and 1936 where it was the #2 baby girl’s name in America. Is it a coincidence then that 1935 and 1936 were also the first years Shirley Temple was named the #1 biggest moneymaker in film?

The name Vivian has always been popular (being in the top 100-500s from 1900 to present), but the spelling variation of Vivien did not take off until 1940, the year after actress Vivien Leigh was introduced to American audiences in her breakout role of Scarlett O’Hara in Gone With the Wind, jumping from #986 in 1939 to #574 in 1940.

However, in the end, even trends can’t always sway personal preference. No matter how cool Humphrey Bogart was and still is, he didn’t make the cut when it came to baby names and Humphrey has, to date, never broken into the Top 1000 names list.

The question we are left with is why? Why did (and do) Hollywood stars hold such influence over us, even when it concerns the names we give our children? Perhaps people selected these names to conjure up traits in their child that they admire in the film star they named them after. Perhaps the bombardment of publicity reinforced the name into their psyche and made it part of their everyday life to the point where they couldn’t imagine not naming their child Lana or Hedy. Perhaps they wanted to pick something trendy enough that their child would fit in. Whatever the reason, old Hollywood film stars’ mere existence appeared to influence name trends throughout the country and may still be influencing them today, even though the stars are gone. The name Ava was listed as the #3 most popular baby girl’s name of 2018. Though I doubt that most of the parents selecting that name today did so because of Ava Gardner, its interesting to think if the name was kept from dipping out of the Top 1000 completely and never returning, because of her, bouncing from the 800s in the early 1940s to the 300s in the 1950s, when Ava Gardner was most popular.

Would you name your child after a Hollywood star? 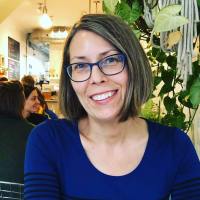 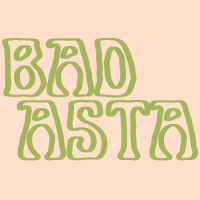 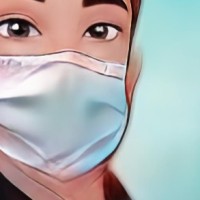