My first memory of Twin Peaks, the television show that would become my favorite, is of Laura Palmer’s funeral (episode 3). We were at a friend of the family’s house and all of the adults were gathered, silent, around the TV watching entranced as Nadine Hurley (Wendy Robie) stood there in her eyepatch, hormonally charged Bobby Briggs (Dana Ashbrook) raged, and commotion ensued around a casket as Leland Palmer (Ray Wise) threw himself on top of it.  I was only a kid in 1990 (it aired on ABC April 8 of that year), but even I knew that Twin Peaks was the show to watch. My parents were already David Lynch fans and in 1990, a prominent film director and auteur creating a television show was almost unheard of. So, of course, they watched it…they and everyone else not living under a rock between 1990-1991. But even fans couldn’t know what was in store for them and how it would change television forever.

Laura Palmer (Sheryl Lee), the prom queen, has been murdered. Her body is found wrapped in plastic at the water’s edge. Special Agent Dale Cooper (Kyle MacLachlan ), an FBI agent with a taste for black coffee, cherry pie, and mysticism, comes to the small Pacific Northwest town of Twin Peaks and teams up with local law enforcement to solve her murder. But Laura has secrets and, we find out, so does everyone else in town. It’s a typical whodunnit…until you realize it’s anything but typical and so much more than a whodunnit. This sounds interesting, sure, but it sounds common. This could be the plot of any show currently on TV or in your Netflix queue right now. The difference is, this is the show that made it possible for these other shows to exist.

With Twin Peaks, David Lynch introduced an artistic element steeped in dark imagery and surrealism never before seen on television until this point. He created a show that played like one of his films, but was tempered enough by interjections of romance and humor that it appealed to a wider audience. It was not only David Lynch’s very involvement and aesthetic influence that was innovative, it was the show itself. Before Twin Peaks, a television show’s particular storyline for that episode ended when the episode did and all loose ends were wrapped up by the credits; no cliffhangers, no flowing narratives (aside from maybe a two parter here and there). The most popular shows when Twin Peaks aired were sitcoms like Cheers, Roseanne, and The Golden Girls. Detective shows like Matlock were on the roster, but they were formulaic. You could watch any episode in any order and not miss some key plot element. Twin Peaks changed all of that, being the first show to flow from episode to episode in one continuous story. It thrived on cliffhangers. It was scored like a film, the powerful lilting strains of Angelo Badalamenti’s iconic soundtrack, crept into your soul with every note. It explored the strange, supernatural, and surreal on a level that TV was not yet accustomed to and, in the process, changed television into a medium for artistic expression rather than solely entertainment. Even compared to modern shows that were influenced by it (Breaking Bad, The Killing, Lost, Prison Break, Mad Men, etc.), almost 30 years later Twin Peaks still contains some of the most powerful, terrifying, and lasting imagery ever seen on television.

Its initial genius is the way it tricks you into thinking that what you will see will be normal, what you’ve always seen, what you expect to see from a television show made in 1990. Before you even realize what’s happening, you’re watching The Man From Another Place (Michael J. Anderson) dance in the Red Room and talk in backwards riddles.

Twin Peaks hits you in the gut. Then and now.

In 1990 and 1991, there was no Netflix, Hulu, or Amazon Prime. You couldn’t fast forward through commercials or binge watch whole shows in a single sitting. People gathered around the television set together and watched whatever was in that prime time slot every week. They waited with eager anticipation for a whole week until they could watch again. Twin Peaks was one of those shows that people waited for impatiently and talked about in the meantime. Who killed Laura Palmer? was the question asked around the country. It was an instant sensation because it was unique, but petered out in its second season when the novelty wore off and people accustomed to Cheers and The Wonder Years realized that they couldn’t actually understand it. Still, it remained somewhere in the psyche of America. Instantly and for years afterward, Twin Peaks was quoted, referenced, and invoked in popular shows and films like Clueless (1995) and The Simpsons. Even as recently as 2015, Rolling Stone listed it as the #1 horror television show of all time, ahead of shows that predated it like The Twilight Zone and came after it like Penny Dreadful. Its formula and flow were borrowed and re-created and are now the basis of nearly every television drama today. It’s something so common now that we don’t even think about it, it just is.

“I have no idea where this will lead us, but I have a definite feeling it will be a place both wonderful and strange.” – Special Agent Dale Cooper

Ten years after Laura Palmer’s funeral episode aired, my dad’s VHS season 1 boxset sat on the bookshelf in the basement, unwatched, but always there as part of the scenery. My dad had died a few years earlier, but that Twin Peaks boxset with the faces of a main character on each of the 7 tapes, remained just as he left them, high on the shelf, looking down…and waiting. One night, I snuck downstairs while the house was asleep and put the first tape into the VHS player. As soon as Angelo Badalamenti’s score began, I was hooked.

For me, the magic of Twin Peaks was always the juxtaposition of light and dark, laughter and pain, love and hate, normal and strange. It’s comforting somehow. It’s bittersweet like a beautiful, wistful song.

It’s not only my favorite show, it’s my favorite David Lynch production. Period. I enjoy his films (especially the haunting Blue Velvet and the campy but stylistic and delightful Dune), but there’s always something missing for me. Maybe it’s the lack of television writer Mark Frost, Lynch’s counterpart behind Twin Peaks. I always assumed that Frost was the element that held Twin Peaks back from hurtling over the cliff into the darkness of Lynch’s full blown surrealistic abyss. Who knows. Either way, watching it for the first time then and re-watching it for the 80th time now, it’s special in a way no other show is.

In college, it got me through two breakups. I remember binge watching the show in my dorm room on a tiny TV, crying, but laughing at Cooper’s hard of hearing boss Gordon Cole’s (played by David Lynch himself) attempts to woo waitress Shelly Johnson (Madchen Amick). I quoted it endlessly and subjected my friends to Twin Peaks Nights where we would watch several episodes in a sitting once or twice a week. I watched the VHS copies (I had bought my own set of the entire two season series by this point) so many times that I could list the cast in the correct order before their names appeared on the screen and the sound quality became so warped that Badalamenti’s score ended up sounding like the Red Room looked.

It also got me through missing my dad…and I missed him a lot those days. It connected us, though we never got to watch it together; I discovered it too late. I wish we had the opportunity to discuss our favorite characters (my mom tells me his was the Log Lady; mine is Dale Cooper who is, arguably, one of the greatest characters ever written for the screen). I wish we could have given each other a Bookhouse Boys salute or a Cooper’s thumbs up.

This is a love letter to a show that has been there for me without meaning to and without knowing it. Despite its flaws, I love it unapologetically and unconditionally. I hope one day my kids find my copies of the DVD boxset on a shelf and sneak a peek into the wonderful, strange world of Twin Peaks. I hope I’m there to watch it with them.

**I make no claim on the images, videos, or gifs used in this article (or on the site) and acknowledge and give full credit to their rightful owners. All images used here are under the basis of Fair Use copyright for the purposes of film discussion and review.**

3 thoughts on “Wonderful and Strange: A Love Letter to Twin Peaks” 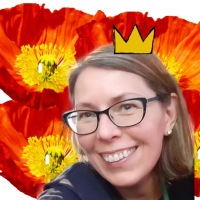 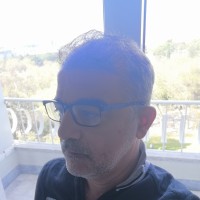 vintage-inspired beauty & fashion with a hint of nerdiness

Bringing Happiness to Your Home

I began the Reely Bernie Horror Fest on Sept. 15th, and I've been overjoyed by the response. There is a remarkable group of people out there who enjoy and embrace the spooks of October like I do, and the dialogue about horror movies - old and new - has been insightful, hilarious, and downright nostalgic. I am so grateful. What a chance to escape through the dark forest for a bit, or open that creaky door to the abandoned house...